On the road from Sabinosa to El Tomillar, this lookout point was recently habilitated within the framework of The Canary Island Competitive Plan known as “Una Experiencia Volcánica II” (A Volcanic Experience).

Here you are at the extreme of one of the three volcanic riffs or ridges that have produced most of the volcanic activity in the last period of the formation of the island of El Hierro, that is the North-West ridge.

The spectacular ochre colour of the rock in the mid part of the cliffs stands as testimony to an eruption where the seawater or underground water came into contact with the magma.

Scientists call these phreatomagmatic eruptions; their main characteristic is that they are highly explosive as a result of the vaporisation of the water that enters into contact with the magma.

The intense yellow colour, then, is the result of the rapid cooling of the magma that produces greens and yellows as a result of vitrification. We can also appreciate the rings in the rocks, like in tree trunks, expressed in the horizontal lines of the various layers.

From here, we can only see the results of one of the upwelling incidents of said eruption, semi-buried under the more recent volcano, Lomo Negro. A second rock of similar characteristics is on the other side of the volcano, because phreatomagmatic eruptions produce large craters, explaining why there is a distance of over eight hundred metres between the two yellow rocks. 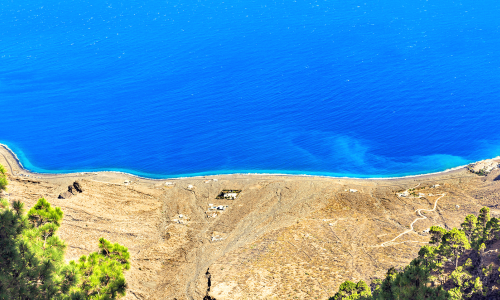 Shaped like an amphitheatre, Las Playas viewpoint is a balcony with views of an amazing landscape.
read more 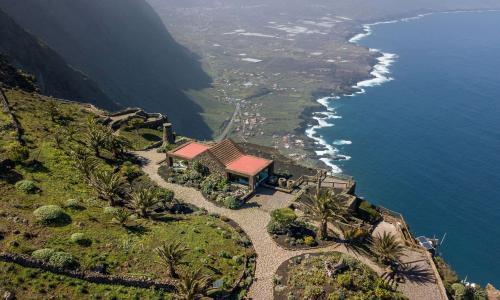 We find La Peña viewpoint in Guarazoca in the north of the island of El Hierro.
read more 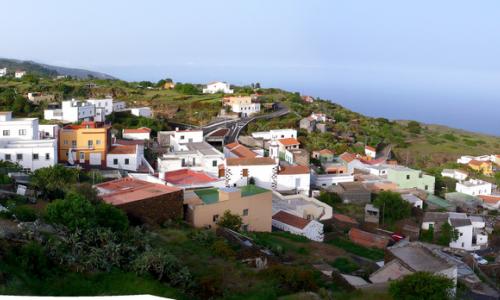 This lookout point offers a broad perspective over the Mar de Las Calmas, and the slope of El Julan, with the volcanoes of La Restinga in the extreme South.
read more
Hit enter to search or ESC to close