The most famous tree in the world

The Garoé (meaning river or lake in the Berber language) is also known as the Holy or Sacred Tree. Located in Tigulahe, currently the town of San Andrés on El Hierro, it is probably the tree that has had most written about it over the centuries. It is famous for saving the bimbaches—the first settlers on El Hierro—from dying of thirst or supplying the Castilian conquerors with water that flowed from its leaves. During a hurricane in the 17th century, the original Garoé tree was knocked down, and a lime tree was planted in its place.

A magical area and the Water Route

About 500 metres from the tree is the Garoé Visitors Centre, which shows us about the past of the native islanders and how they got water and reveals the natural phenomenon of horizontal rain and the archaeological and cultural wealth of this mystic place. The Water Route starts and ends in San Andrés. A trail over 16 kilometres that shows us the importance of water and the history behind it. 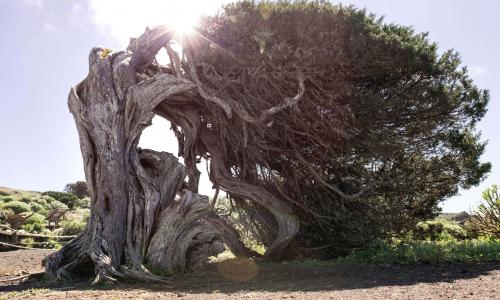 In El Sabinar, in La Dehesa, there is an open thicket of spectacularly gnarled wild juniper trees
read more 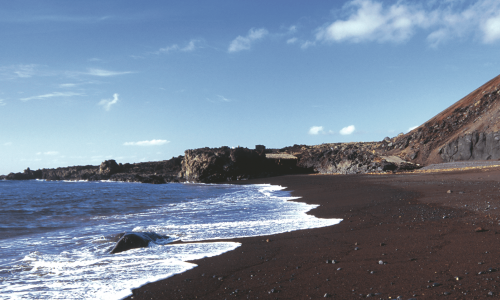 For everyone who wishes to combine nature and rural tourism, the Frontera Rural Park is the ideal place.
read more 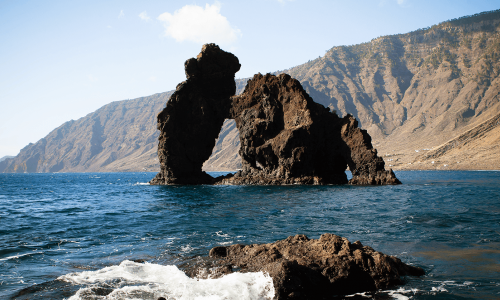 A succession of landslides collapsed part of the island of El Hierro, creating big bite-marks in its southeastern coastline.
read more
Hit enter to search or ESC to close